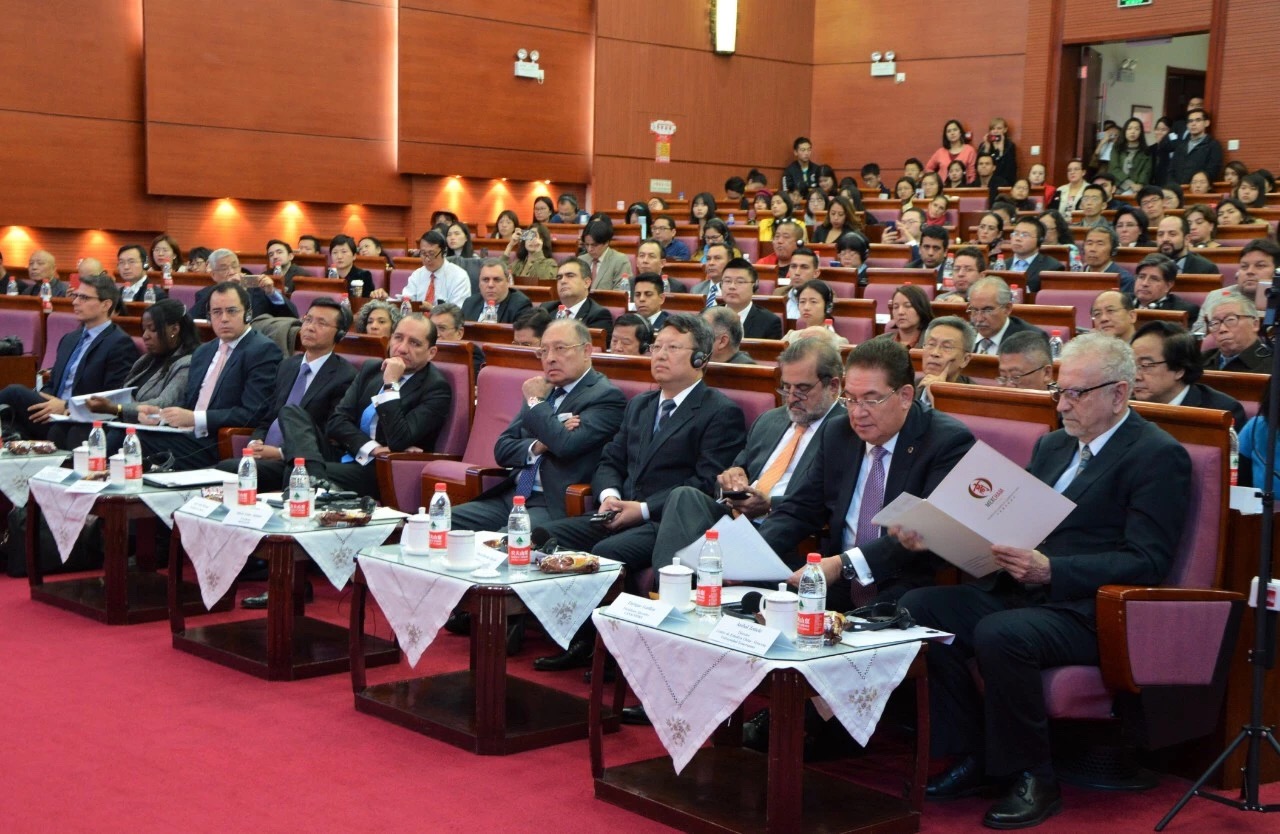 STRENGTHENING THE RELATIONS BETWEEN CHINA AND LATIN AMERICA AND CARIBBEAN A plate to commemorate the opening of the Latin American Studies Center of BLCU was unveiled during the summit. The Studies Center Director Professor Angela Zhou Qin, talked about the relevance of the research that will be performed in the center. The conference included three panels, during the first discussion panel Ambassadors José Luis Bernal, Carlos H. Larrea, Óscar Rueda from Mexico, Ecuador and Colombia, respectively as well as Yohanely Savigne from the Cuba Embassy, discussed about strategies, initiatives and ideas for the tourism industry on the panel called “Present and future of tourism between China and Latin America" conducted by Laura Chavarro, Director for the Americas of the World Federation of Tourist Cities (WTFC).

Víctor Cadena, Executive Vice President of MEXCHAM, conducted the second panel where Ivan Chiu, President of Bimbo China, Ma Leju, Director of Relations with Government of Didi Chuxing and Jesus Castillo, Operations Director of the Softtek China, shared their views and valuable experiences regarding “Challenges and opportunities for Latin companies in China and Chinese companies in Latin America". In the third panel, “The China-Latin America Silk Road" addressed the role of Latin American countries in the One Belt One Road initiative in the opinion of senior scholars such as Dr. Huang Jing from BLCU, Dr Xu Wenhong from the Chinese Academy of Social Sciences and Dr. Esteban Zottele from the Universityof Changzhou, Peter Mauricio Larrea from CECLA. This panel was moderated by Dr. Anibal Zottele, Director of CECHIVER from Veracruz University. The Summit also included the appointment by MEXCHAM of new honorary advisers: In addition Yu Fei, Deputy Director of the China Chamber of International Commerce (CCOIC) shared his views on the links between China and Latin America and invited the audience for joining the XII China Latin America and Caribbean Business Summit (CLAC) 2018.